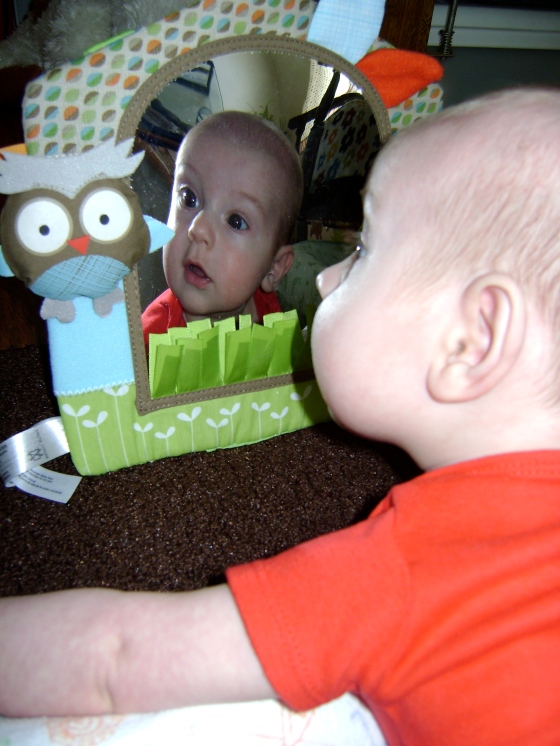 On Wednesday morning I put Henry down on the floor for his daily tummy time torture (ummm, I mean….super fun tummy exercise time!) and almost immediately he rolled over!  I was shocked!  I thought surely it must be a fluke.  Especially since he wouldn’t do it again.  When Stephen came home that evening and I told him about Henry’s new acrobatic feat he, of course, wanted to see it for himself.  So Stephen put him down and just like magic he rolled over again!

I have not yet been able to record him rolling over.  As you know, kids never do what you want them to do exactly when you want them to do it.  So I suppose this picture of him laying on his tummy looking at his super riveting mirror will have to do for now.  I am glad that I bought that mirror.  It captures his attention and virtually doubles his tummy time (making it last all of 10 minutes).  HA!!……. babies are so weak…..I could totally beat Henry in a push up contest.