Someone gave us a little swing for Henry.  Now that the weather is nice we decided to put it up.  We have some nice big old trees but they don’t have any low branches.  So Stephen had to stand at the top of the ladder and reach way up high with a long pole to get the rope over the branch. 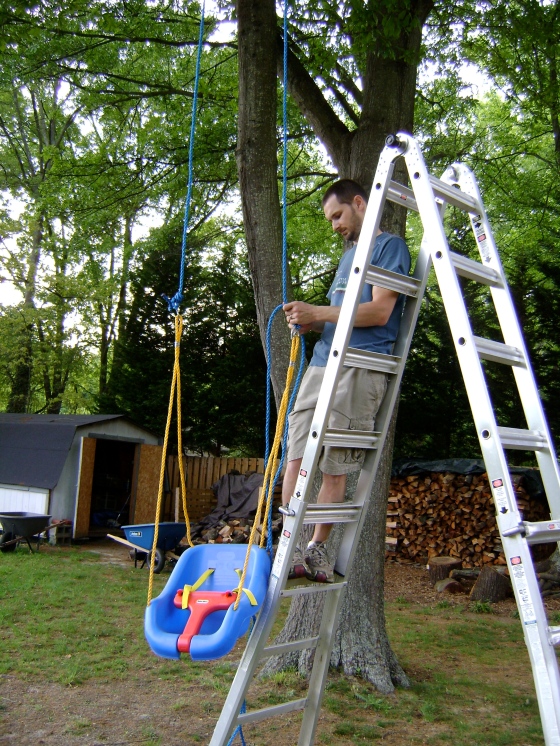 Henry did what he always does when he sees something new.  He looked at it then tried to put it in his mouth. 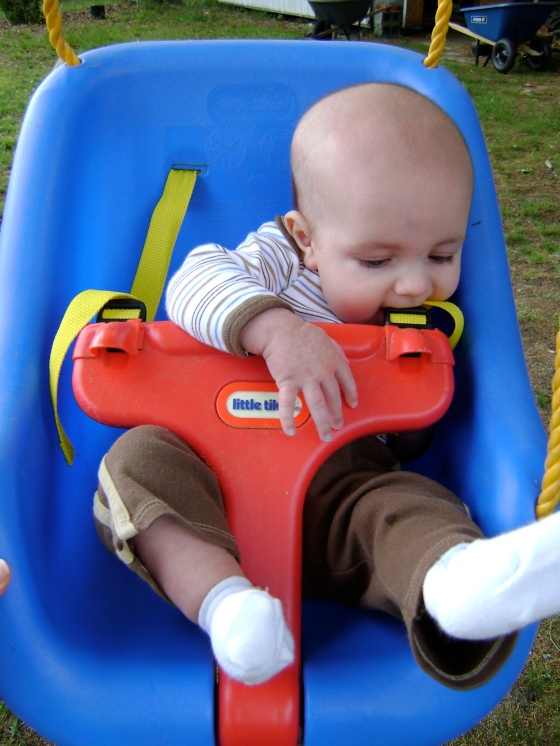 Henry never did like his little baby swing very much and he doesn’t seem to be too impressed with this swing either.  I’m hoping that will change as he gets to be a little older.