I’m playing a little catch up right now.  Back in the middle of  July Henry and I went to the beach with my Mom and cousin. 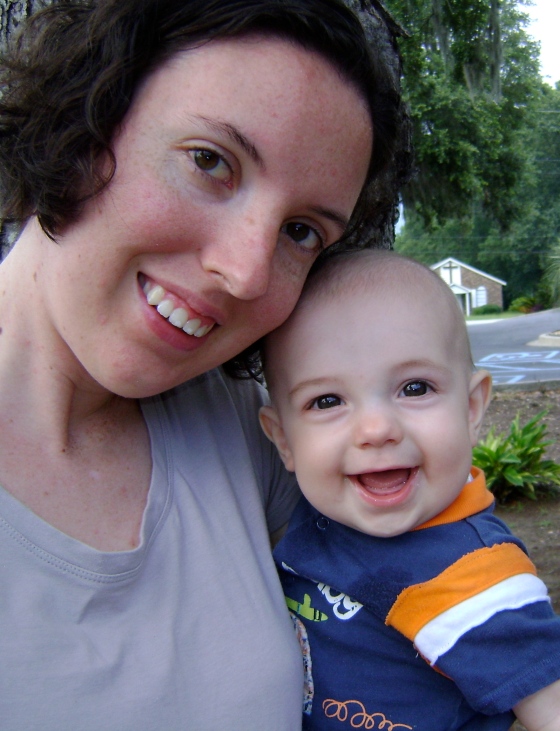 Henry did not like his first trip into the water.  He thought that the loud, crashing waves were a little scary and cried.  He did however like the sand and would grab fistfuls of it and try to shove it in his mouth.  Most of his time was spent in the shade playing with toys. 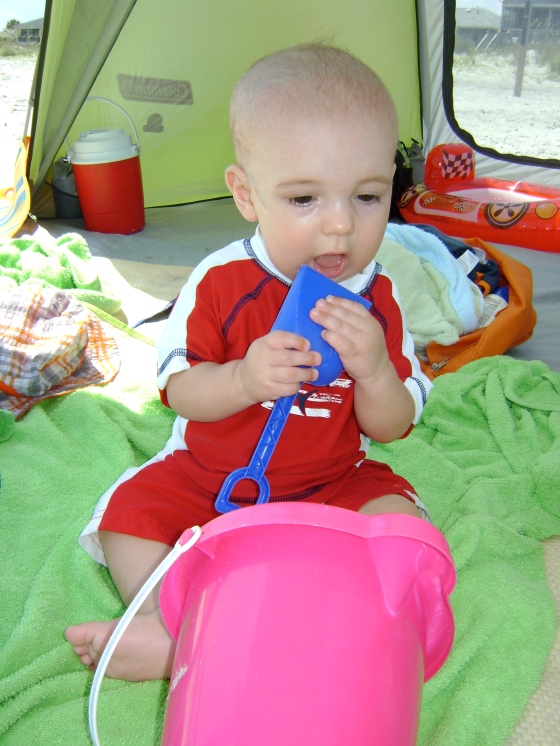 When we went back to our hotel for the evening Henry and I went down to the channel to take a look around.  Henry thought the water, the people fishing off the pier and the cars going by were all very exciting.

Then we had a picnic dinner…..

…..and this tired little boy was off to bed.

The next day we went to the beach again.  Henry did a few minutes of shade bathing….

…..then he wanted to explore the sand.

The tide was out and had left a shallow pool of water on the beach that was beyond the reach of the waves.  Henry and I started out in the pool and he loved it!

From there we ventured into the ocean.  We went out past where the waves were breaking to the calmer swells.  Henry rode in his inflatable car and would kick to move himself forward.

Henry fussed and cried most of the way home.  Perhaps he just missed the ocean…..