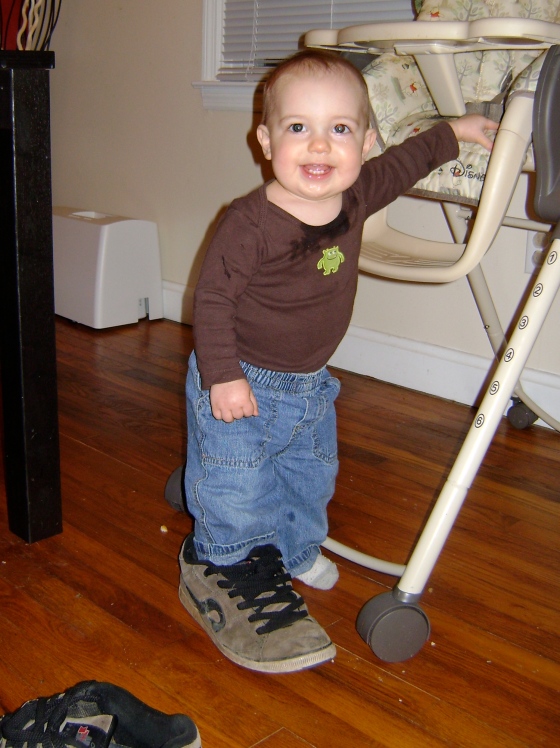 Henry loves to play with shoes.  He spends a lot of time taking them off of the shoe rack and then trying to put them back on.  Stephen’s work boots are kind of heavy and will only fit on the top of the rack so Henry usually gets really frustrated when them.  Henry also likes to carry the shoes all over the house.  I have been missing my favorite pair of black shoes for a few weeks now!  I keep hoping they will show up someplace really odd but Stephen thinks that Henry threw them away.  He throws everything away!  Sigh……back to the shoes…..last night Henry was so proud of himself when he was able to get his foot into Stephen’s shoe.  He even took a few steps in it before his foot came out.  That shoe is as big as his leg!  It’s hard to believe that one day he will be big enough to fill it.