Is August seriously over already?  How did that happen?  Guess it’s time to do a quick recap of the month.  Thankfully I was feeling much better and we were able to do a few fun things.

It seems that no summer is complete without a trip to the beach so we packed up the car and headed down to Folly Beach, SC with my parents.

This year Henry loved the beach!  He wasn’t afraid to run into the water but didn’t like it when big waves splashed him in the face.  Of course digging in the sand and collecting seashells were also highlights for Henry. 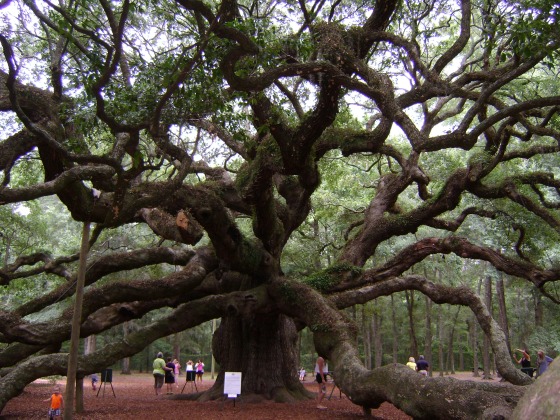 Henry enjoyed running under the limbs that formed small arches and playing peak-a-boo.

Did you know that there is only one tea garden in the United States?  Our trip to the Charleston Tea Plantation was really interesting.  We were able to tour the fields, the propagation greenhouse and factory.  Tea is usually harvested by hand but they have a custom built harvester known as the “Green Giant”.

The final excursion on our beach trip was to Cypress Gardens.  They have lots to do there and we spent almost a whole day.  The main attraction is the swamp itself and we went out on a guided boat tour.

We only saw one small alligator while on the water but later got to see the two large alligators they have in captivity.

I think Henry’s favorite attraction was the Swamparium where they had several tanks filled with fish and snakes (yuck!).

After our trip to the beach we took a trip to the mountains.  One of my favorite stops along the Blue Ridge Parkway in NC is Graveyard Fields.  It has easy hiking trails, waterfalls, a stream (where people tend to camp) and wild blueberries in August. 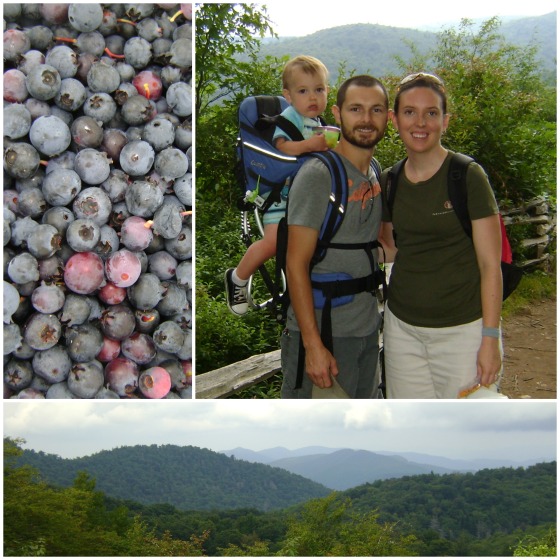 These two guys ate LOTS of blueberries while I did most of the picking.  I guess if I liked blueberries I wouldn’t have been able to resist either.

When we went down by the stream we let Henry out of the backpack carrier to stretch his legs and play in the water.  He loved splashing around and throwing rocks.

This trip wasn’t all fun and games however.  It was also a learning experience………..we learned that Henry gets car sick on windy mountain roads.  Poor little guy. 😦  I had brought a spare set of clothes figuring he would get wet in the stream but I wasn’t anticipating having to change him again when he got sick, so he had to ride home naked.

We did have one more adventure in August.  We went camping!  The bad news is that I didn’t take a single picture.  Guess you’ll just have to use your imagination. 🙂

Our paddling club organized the event and most people paddled the Ocoee river.  It is a pretty exciting river and one section was modified for the 1996 summer olympics.  I have rafted the river before but the last two times we have gone I have been pregnant and not able to raft.  This time Henry and I stayed at the campground playing in the stream, chasing the duck, feeding the fish and poking at dirt with sticks.  A few other highlights of the trip include Henry getting car sick again, Stephen twisting his ankle and a fierce thunderstorm at night that terrified Henry and flooded our tent.  All in all we did have fun and (after asking the doctor about the correct dosage of Dramamine for Henry) we enjoyed the ride home.

Wow, this ended up being a super long post!  If you actually read the whole thing you get a long distance high five. 🙂